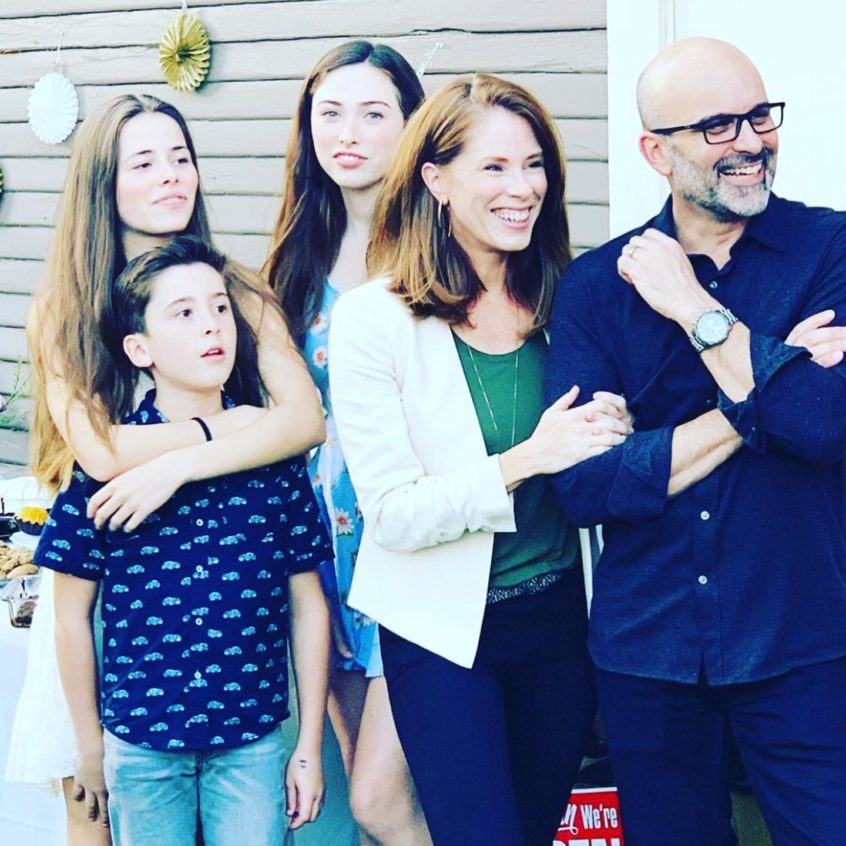 Erik Santiago was appointed as Advance’s director of operations in the fourth quarter of 2019. Since then he has traveled to a number of Advance gatherings, including the Global conference in Cape Town, to connect with church leaders in our movement. He shares a bit of background to his journey with Advance and his perspectives on our partnership.

There is something that happens when you leave a church of twelve years, move across a continent, get a new house, new job, new friends, new schools for your kids and a new church in a new city all at once. It’s called a nervous breakdown. Or it might be! If it wasn’t for an incredible God and two incredible churches who have walked with us every step of the way.

That’s how the most recent chapter started for me and my family as I took the job of Operations Director for Advance Global. If we haven’t met, my name is Erik Santiago and this is a reflection on my first 100 days in the role.

Now, don’t get me wrong, it hasn’t been easy. And we are still finding our way after only six months of moving from the beaches of sunny California to the shores of Washington D.C.’s Chesapeake Bay. But I was asked to provide a brief summary of these first few months on the job and I can say that it has been rich.

Toward the end of 2018, just over a year ago, I was preparing to leave my job as Executive Pastor at Southlands Church in Brea, California to return to the entertainment industry in Los Angeles. My background is as a filmmaker and I was interviewing with a company that produces Christian media. That’s when I got a call from PJ Smyth.

On a morning when I had just begun fasting and praying about this move, I asked God to make clear just what these next steps should look like. We had begun connecting with a wonderful Advance church in the LA area called Antioch, but it was about the only piece of the puzzle that seemed clear at the moment. Nothing was really landing in terms of work, schools or even exactly where to live. And so it was on that fateful morning that Mr. Smyth’s name appeared on my phone. “How would you and Celeste like to join us in DC and take a job running the operations for Advance Global?,” is basically what he said. “Wow, such an honor PJ, just to be asked. I so appreciate you considering me for this. But that’s not quite what I had in mind.”

He understood and just asked me to consider it. And of course, I couldn’t shake it. I was now stuck with a stretch of fasting and prayer in front of me where I had some time to do nothing but consider it. And consider it we did. Six weeks later we visited Monument Church to ‘scout the land’ as it were and it became clear: we’re moving. I have, of course, spared you the wrestling, family conversations and litany of objections from my eighteen-year-old daughter who is studying to be a lawyer. Man, she’s going to make a great lawyer. It was particularly difficult for her because she was about to enter college on the west coast, registered and all when we asked her to join us. That was the case for all of us in ways. We had other plans, another vision of the future that was gently removed from our loosely gripped hands.

There is much to say about how God met us throughout this transition in ways I can only describe as miraculous. The timing, the confluence of events, the provision, the prophetic words and the peace that did seem to surpass understanding was extraordinary and all of that landed me in this job that has been eye-opening, encouraging and faith-stirring as I occupy a front row seat to all that God is doing in this movement called Advance.

The Global conference in Cape Town last year was a great on-ramp and quick baptism into this role even before my official start date. My wife Celeste and I met with the Global Team for a couple of days before the conference began and it was a profound orientation. The people who serve in these leadership roles on the Global Team are such committed, gifted, humble and diligent servants. Many of them I have known for some years and others I am getting to know. But I began to realize just how much I was going to enjoy supporting this team and helping them to make the most of all that God has given this world-wide partnership of churches for His glory.

After these first 100 days I am happy to report that, from where I’m sitting, the kingdom is advancing through our churches! Some may be unaware that we have 119 Advance churches around the world. A number that is, frankly, hard to keep track of since we are now on five continents with groundswell growth burgeoning everywhere. The UK plans to double in the next few years as well as trusting for additions in mainland Europe. There are families moving toward a plant in the Middle East and North America has potential plants in Canada, South Carolina and California to name a few. We are earnestly praying for opportunities in Mexico as well. Africa continues to hold the large population of Advance churches and they continue to take new ground building on their current 45 churches.

One unexpected development in these first 100 days was the opportunity to work with our churches in India and Nepal as they hit financial crisis toward the end of last year. It required quite a bit of time and attention to understand the situation and act quickly so that pastors and their families would continue to have food on the table and fuel the great work that has grown those churches to thirty-three in number over a short period of time. But it was absolutely sublime to watch Advance churches everywhere rally around our brothers and sisters, sending nearly $100K to their aid. The Advance Global Team is now working on a sustainable way to continue to help these churches within our means and in a way that empowers them to leverage the resources within their communities. I will be with them in Kathmandu, Delhi and Mussoorie next month to further develop our approach to serving the ministries there.

Training and equipping continues to remain a focus of Advance as we move ahead. I have been working with teams to continue to develop ACPC, our church planting course. Our hope is to develop this material ongoingly so that it remains current, relevant and effective for every city and context where we minister. The Advance Theology course is gaining traction with over 200 participants in churches all over the world engaging this material to grow, not only in understanding, but also in practice of following Jesus in every area of our lives. I am so enjoying laying these foundations in anticipation of the long term fruit.

These few bits I’ve shared doesn’t begin to detail all that God is doing through all of you. But it has given me fresh pause to marvel at this great privilege we have to join God in all He is doing. The twists and turns that have landed me in this place are innumerable. But the fingerprint of God upon all of it is unmistakable. So I take courage in knowing that and, for as long as I am able, I look forward to serving all of our amazing churches in the multi-faceted nature of what they do to express Jesus in the earth.

And finally, one of the great joys of my job is working with Mr. PJ Smyth who lives just a mile down the road. We spend A LOT of time together, which is great. It’s hard to believe I was sitting in his living room just a year ago dreaming about the future and now, with God’s help, we’re working together alongside all of you to create it. Here’s to the next 100 days and beyond!