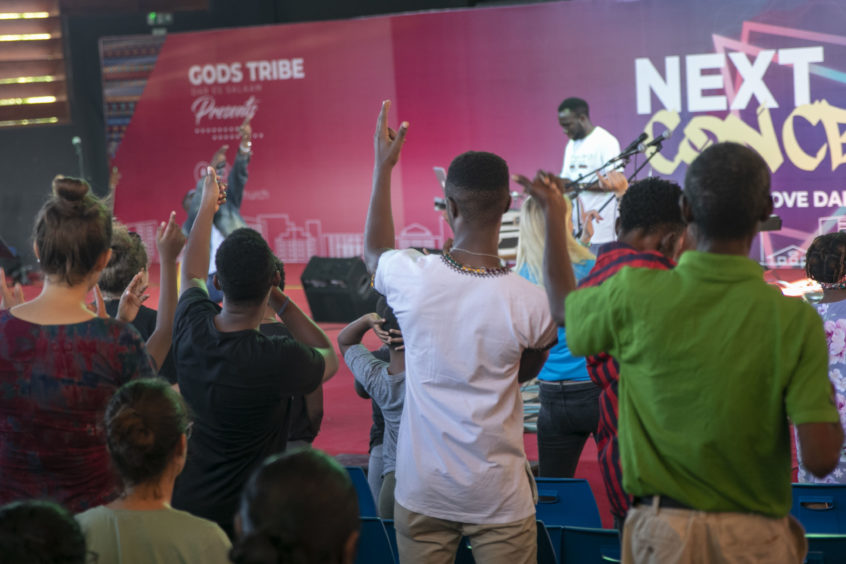 Sheshi and Trudie Kaniki planted into Dar Es Salaam, Tanzania in 2013. They recently ran an evangelistic campaign in their city, titled ‘Love Dar’. We caught up with Sheshi to find out more about the campaign, and the various events and activities they hosted. It is awesome to see multiple points along the way that God’s Tribe was inspired by, and lent into partnership with their Advance friends in order to Love Dar.

Can you tell us a bit about the background of your recent Love Dar campaign?

When we planted God’s Tribe in Dar es Salaam, PJ Smyth helped us coin the phrase ‘Loving People, Loving the City’ as a way of capturing the kind of church we hoped to be. About 3 years ago OneTribe Church was planted in Nairobi as the second Advance church in East Africa. OneTribe kicked off their journey with a “Love Nairobi’ campaign, and Trudie and I were privileged to be there to support them.

We got excited about the idea because it resonated with our desire for our city, Dar es Salaam. We decided to adopt the idea and do a Love Dar campaign on an annual basis. It turns out we had an American couple in our congregation who had been involved in similar community work with their previous church. This year we ran our second annual Love Dar.

You ran a number of events and activities during the campaign, how did you select them and what were your goals?

We put together a team to lead the campaign. The team was tasked with coming up with ideas for activities. The activities were meant to mobilise the church to action and equip us to love Dar better.

Including,
A faith and work event with Steve Murphy from Jubilee City – an Advance church in Cape Town – as guest speaker.
The collection and distribution of food parcels
Prayer walks
A next generation music event and,
Love Dar merchandise!

We had to source the merchandise from Johannesburg, where our friends at GodFirst Parks (another Advance church) helped us with the logistics of getting the items to Tanzania.

One of our planning team members with experience in the media industry suggested a concert as a vehicle to reach the younger people in our city. We loved the idea and saw an opportunity to tie it into the Advance Global conference theme, Generation to Generation. We have a lot of young people in our church and our city. A concert was a great way of getting them to participate in the campaign. The Advance Global Conference theme has inspired our leadership and it was great to connect it to what we were doing at home.

You also ran a concurrent preaching series, can you tell us about that?

We wanted to anchor the campaign in God’s Word. God has such great love for Dar, and he can show us how to love our city better than anyone else. Lex Loizides who leads Jubilee City (accompanying Steve Murphy mentioned earlier), kicked off the series with a message that powerfully showed God’s grace in using imperfect people for his purposes. The messages are available on our website.

What would your advice be to other churches interested in doing this in their community?

This was a great opportunity for us to practically engage with our city. Recruiting the right team to lead the campaign is crucial. You need to include visionaries, creatives and people who can implement well.

The first year we did this we tried to do too much. It’s better to start small and focus on things you can do well in your context. It’s also important to think carefully about how to encourage participation by the church in the different events that are selected.